In this article, we will talk about Russell Brunson’s background, his company and his net worth. So read on to find out more about him.

Who is Russell Brunson?

Russell Brunson is an American Digital Marketing expert and founder of ClickFunnel.

Russell Brunson was born in Utah and spent his childhood in Salt Lake. When he was a child he developed a hobby collecting junk and loves to listen to commercials on TV and radio.

He was a very curious child and began his interest in marketing and entrepreneurship as he ventures business opportunities whenever he can. This is where his love for a business started.

Russell was greatly influenced by Dan Kennedy that is known to influence a lot of entrepreneurs and accredits him for his accomplishments. He is known today for learning and taking advice from his mentors.

Which One Best Describes You? 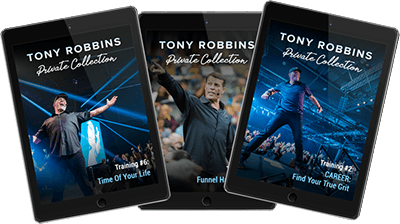 WATCH THIS:Tony Robbins Training #1, #2, or #6
ACTION STEP:Binge watch one of these three trainings to get fired up and focused.

WATCH THIS:Funnel Builder Secrets
ACTION STEP:Design your funnels, order bumps, upsells, & downsells to up your AOV in a week.

WATCH THIS:Ad Skills with Justin Brooke
ACTION STEP:Pick one ad platform to learn & launch ads to your ideal customer in a weekend.

WATCH THIS:Product Secrets
ACTION STEP:Design your product or service in a weekend with Russel's "27 ways". 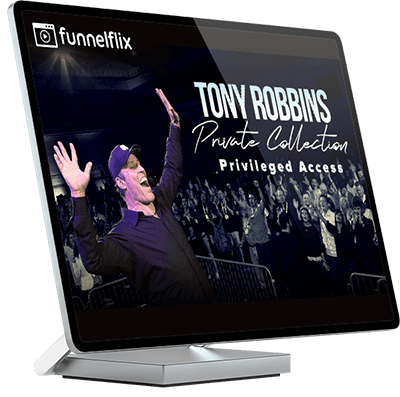 He made his first breakthrough selling potato gun DVDs online that paved the way for him to join the internet marketing industry. He earned his first million before graduating from college. Through this, he became one of the most influential experts in the field.

During his first year in the business, he sold a lot of products like software, consulting services, coaching books and a lot more. Aside from that, he became a top-ranking achiever because he prompted 1.5 million leads. He was awarded by several companies a Ferrari because of his achievements.

His idea of ClickFunnels is the result of his observations and finding out solutions for existing challenges. He thought about the need for sales funnels which was the start of innovation in online marketing.

In 2014 he teamed up with Todd Dickerson to launch the software company ClickFunnels. This company focuses on software as a service and became big and grown to $360 million since its establishment. ClickFunnels has been the fastest growing ventures in the US that had served about 55,000 customers that made the company a hundred million dollars.

In his company, he works with a lot of dynamic people in the business. He has designers, marketers, coaches and tech gurus that help him in ClickFunnels. His team of professionals created around 2 million funnels and is expected to do well in the future.

PS: If you want to check out Clickfunnels, then right now you can get an amazing Clickfunnels Bonus Stack! Make sure you check it out!

What is Russell Brunson Net Worth?

It is hard to know the exact amount of how much Russell Brunson is worth, but we are sure that it is very high. He had a lot under his belts like ClickFunnels, eBooks and his mastermind program. In addition, his previous ventures did very well that added to his net worth too.

In estimate that Russell Brunson's net worth is around $40 million, and this will continue to grow as ClickFunnels is still growing as well as his other ventures. He also has a lot of projects coming up so it is definite that his net worth will be bigger in the future.

What Products has Russell Brunson Created?

Russell Brunson is involved in a lot of areas like ClickFunnels, books, and programs. Here is an in-depth explanation of those three:

This is his well-known product or service, a software that creates funnel pages that costs a fee. The subscribers pay a fee per month depending on what plan they purchased. This is a product that is used by a lot of people around the globe and it is quickly generating millions every year. As of now, there are around 80,00 members of ClickFunnels and they generate a lot of money for the company.

Aside from ClickFunnels, Russell Brunson found a way to help people in their online business and that is by writing books.

He wrote 108 Proven Split Test Winners that helps people to tweak their website to help them generate more money.

In another book called Funnel Hackers Cookbook, that helps as a guide about building funnels, its importance and the benefits of using it, especially in businesses. It will make things easy to learn how to build and how funnels work if you avail of this book. His other books include DotCom Secrets, Experts Secrets, Marketing Secrets, Traffic Secrets and a lot more.

With writing this books, it adds up to his net worth as he has earned around $800,000 from his books since publishing it. They still continue to sell as people kept wanting to learn more about his insights about funnels and what they can do to earn more and be better with their business.

The mastermind programs have high-profit margins as he earns a lot from it. Approximately he earned around $3 million for the past three years that he’s been doing this.

All of his three ventures are very successful and will be doing well in the future. This is why he’s been earning a lot and its no secret that his net worth is around $40 million. This will continue as all his products are well known globally and are continuing to prosper.

Russell Brunson made a name for himself from being a digital marketing expert, a successful entrepreneur and an influencer. He has influenced a lot of people and he is teaching a lot of them to be as successful as him.

He still continues to influence a lot of people through his ventures and everyone wants to follow his footsteps and earn millions as well.

Michael Pedrotti has a passion for helping others in reaching their goals. Having been in the Marketing and SEO industry for 10 years, he knows a lot of different strategies and techniques that are sure to help you.

7 ClickFunnels Alternatives You Must Try (Is There Really Better Software?)

ClickFunnels vs Leadpages: What You Need To Know

Clickfunnels Pricing: Are You Getting The Best Deal?